Posted on February 20, 2017 in National Happiness

“Happiness is gaining attention as a metric for policy analysis, (Bales, 2016)” in many governments. The European Union promotes the “beyond GDP” concept for public policy, “complementing their official measures of economic output with measures of well-being drawn from the happiness literature. (De Vos, 2012)”
This is not a novel idea. The concept of happiness in public policy goes back to ancient Greek philosophy. “Happiness is multivalent, and that no single goal of society – economic efficiency, personal freedom, community trust, constitutional rule, or others – by itself delivers the “good society” sought by Aristotle. (Sachs, 2016)”
Happiness has re-emerged as an important consideration in government during the Enlightenment. Thomas Jefferson is often quoted (“The care of life and happiness is the sole legitimate objective of government”). The idea of Utilitarianism was that , “the right way to live is to create the most happiness and the least misery that you can in the world around you. (Layard, 2011)”
It should also be noted that citizen happiness and well-being has been implicit in much of government policy. Governments need to maintain power. Trust in government and national stability could be related to government effectiveness in improving citizen well being, and demonstrating value for money. “Governments have of course always been interested in lots of things besides economic growth. They have been concerned with the relief of misfortune and with producing peaceful, civilised communities. (Layard, 2011)”

Why has happiness emerged as a public policy objective?

Wealth and growth is not directly related to citizen happiness. This means that “policymakers cannot simply treat economic growth as a proxy for well-being and should instead adopt policies designed specifically to foment and support happiness. (De Vos, 2012)”
Cultural differences affect citizen perceptions of happiness and well being (Bales, 2016). This means that so-called policy “best practices” need to be reconsidered based on the citizen cultural context. The notion of “Gross National Happiness” emerged in the Kingdom of Bhutan that rejected the  “folly of an obsession with GDP (GHN Centre).”
In addition to the cultural context, much of happiness perception is based on individuals’ attitudes (De Vos, 2012).  This does not mean that governments are unable to affect well being. “Public policies have a role to play in nudging market outcomes one way or another. (Flavin and Radcliff, 2014)”
There is some evidence that income and growth improves happiness over time (Sacks et al, 2012). There is also evidence that elements of happiness can improve economic growth. “Societies with high social capital outperform those with low social capital in terms of subjective well-being (SWB) and economic development. (Sachs, 2015)”
Public policies for “health, freedom, accomplishment, wealth and so on (Layard, 2011)” impact perceived happiness. This is not an idea that is generated solely by academics and technocrats.
“According to a number of opinion polls, happiness is the thing people want most—more than power, fame, or money. One can think of those other things as a means to happiness, but happiness is the ultimate end. (Miners, 2010)”

The World Happiness Report (Helliwell et al, 2015) uses well being measurements that are aligned to perceived happiness in national surveys. The six measurements used to determine country well-being are: 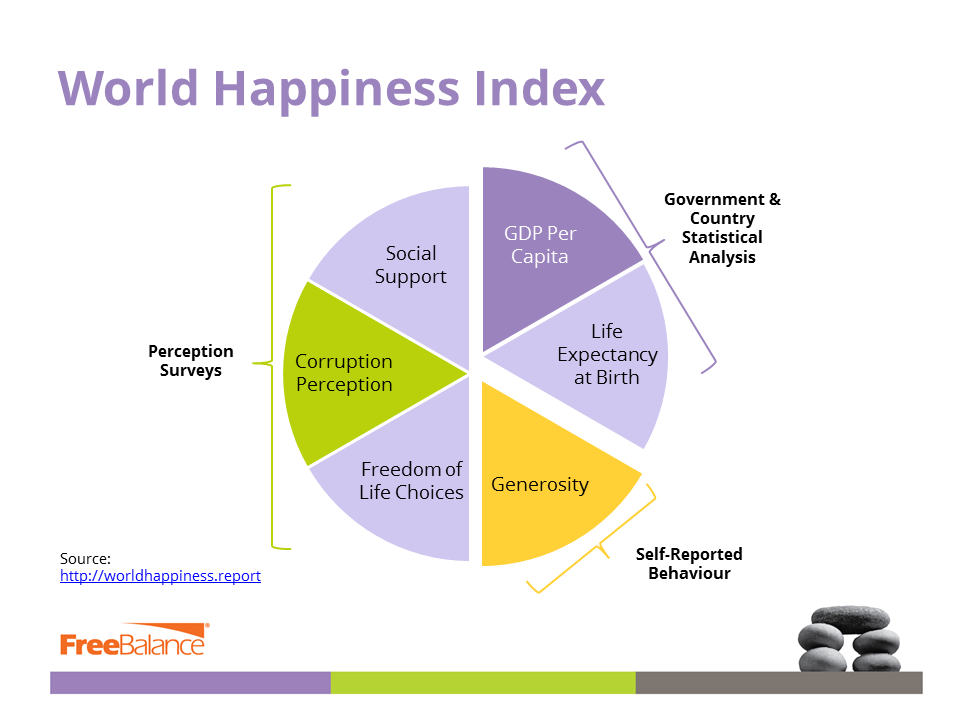 In many ways, “happiness” has become the marketing term for “well being.” This can lead to misnomer  that happiness indicators do not include concepts of well being, prosperity, life satisfaction or social capital. In fact, social, cultural, economic and governance concepts are measured. 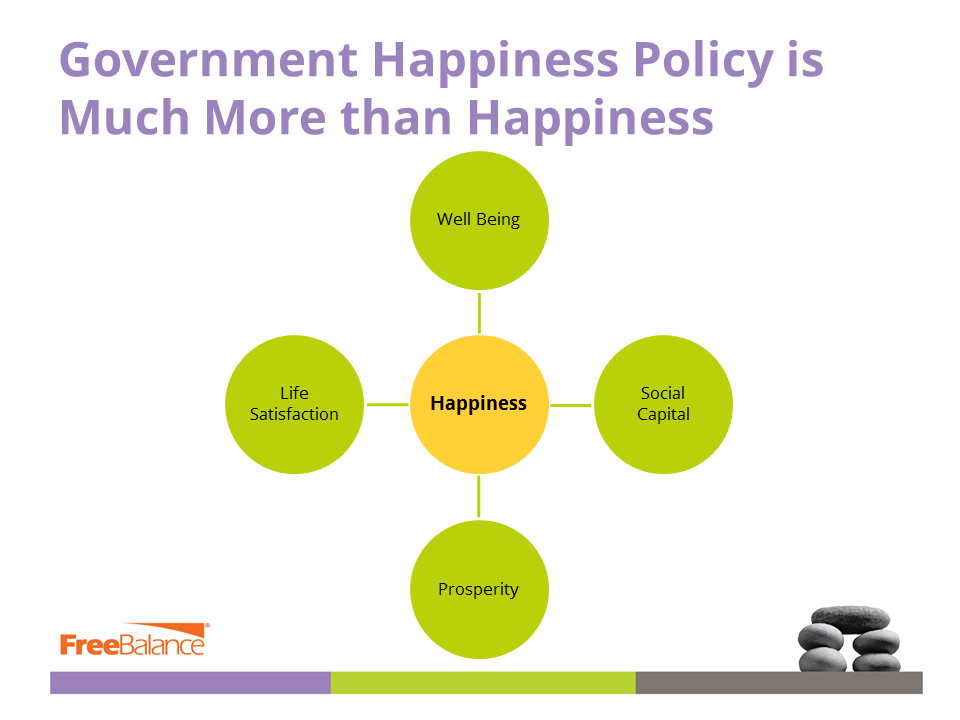