How to Create Government KPIs

Posted on February 18, 2017 in Uncategorized

Why KPIs in the public sector? 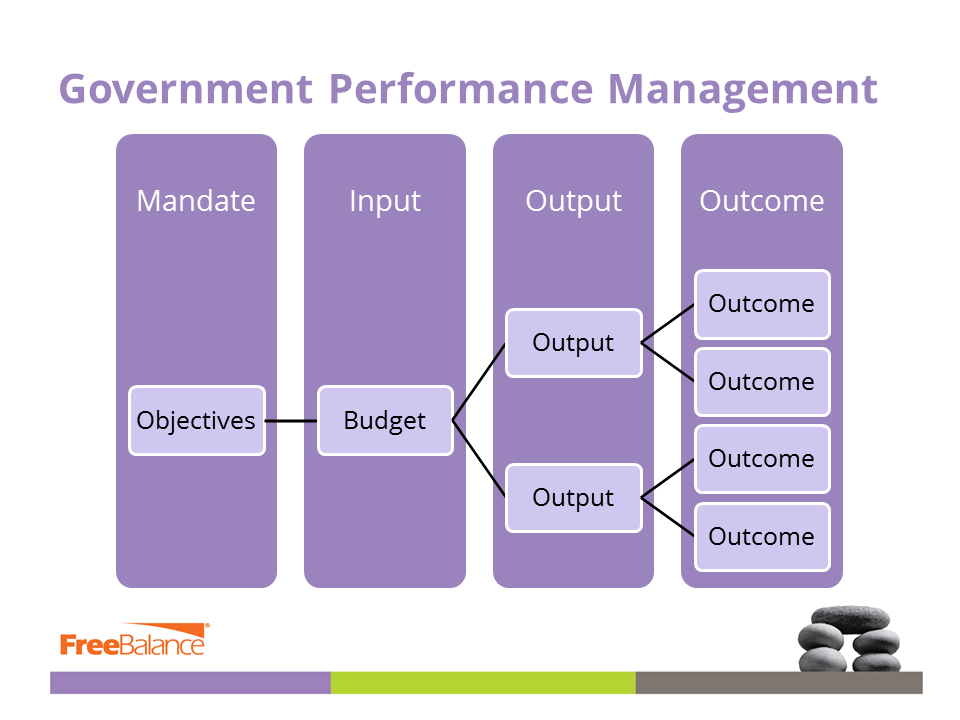 Inputs represent budget allocations and spending. Spending results in outputs such as “the number of people served, services provided, or units produced by a program or service. They may sometimes be referred to as activity measures. (Niven, 2008)”  Outcomes are aligned with objectives because “ input and output measures demonstrate effort expended and numbers served, but reveal little about whether or not these interventions are making a difference. (Niven, 2008)” Public sector outcomes include  infant mortality, high school dropout rates, taxation compliance and citizen services satisfaction. Yet, outcomes are the results of budgets as inputs and outputs as activities.
KPIs align with Critical Success Factors (CSFs) to enable government organizations to determine which outcomes to trace back to budgets. This helps governments to measure the cost to improve results by units of outcomes. “Getting staff to focus every day on the organization’s CSFs is the El Dorado of management (Parmenter, 2012)”

What are KPIs and how do they differ from other indicators? 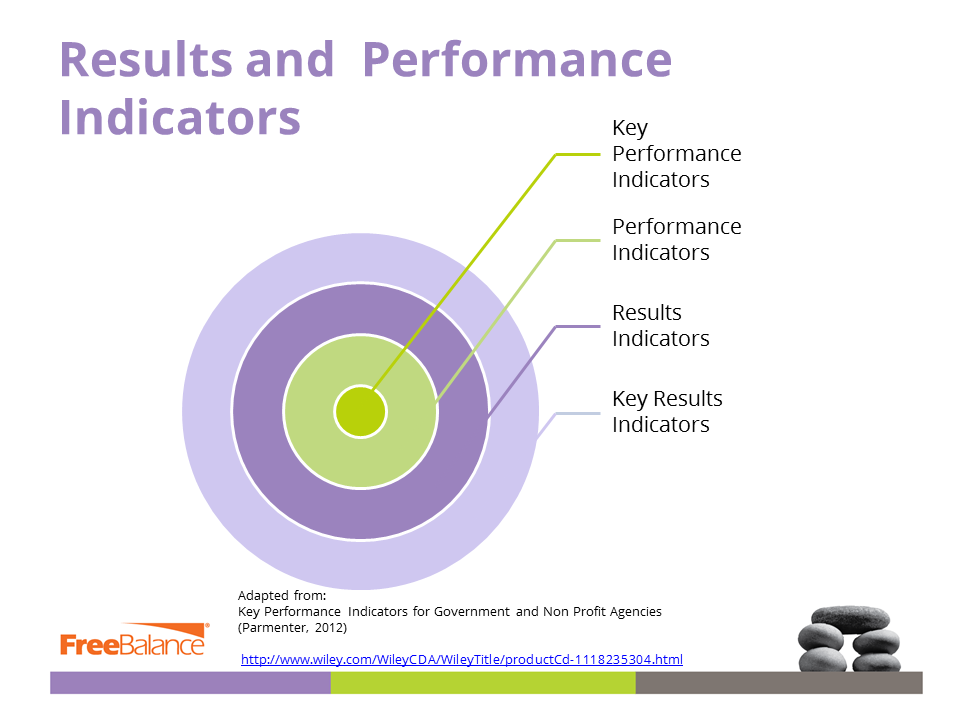 KPIs differ from other indicators (Parmenter, 2015):

Therefore, KPIs are not the only indicators that should be measured in the public sector. KPIs have the greatest impact on improving performance.

Where do experts differ about KPI concepts?

There is general agreement about KPI concepts except for “lag and lead” indicators. Lag indicators are measured infrequently to show whether targets were met, while lead indicators are more frequently measured to determine how performance can be improved. (Niven, 2008). “The lead-lag indicator differentiation should be consigned to the rubbish bin, as 24/7 KPIs simultaneously are both a lead and a lag indicator. Late planes in the sky, a common KPI for airlines, has clearly arisen out of past events and will have a major impact on future events—the late arrival will make the plane late in leaving. (Parmenter, 2012)”  The public sector organizational context determines whether the concepts of lag and lead are relevant.

How to develop government KPIs? 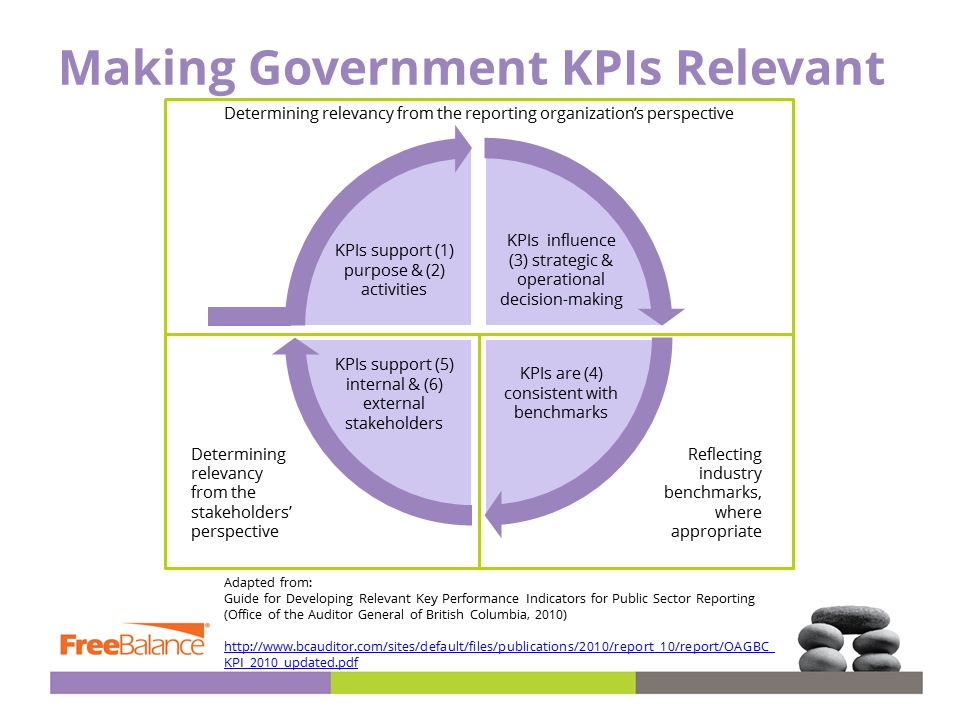 Governments can use scenarios to determine KPIs (Marr, 2008) that considers:

How many KPIs should a government organization utilize?

Like many management characteristics in government, increased rigour and time spent in KPIs planning has significant long-term benefits. KPIs selected because of easy measurement or lack traceability between outcomes, outputs and inputs results in information noise for decision-makers.