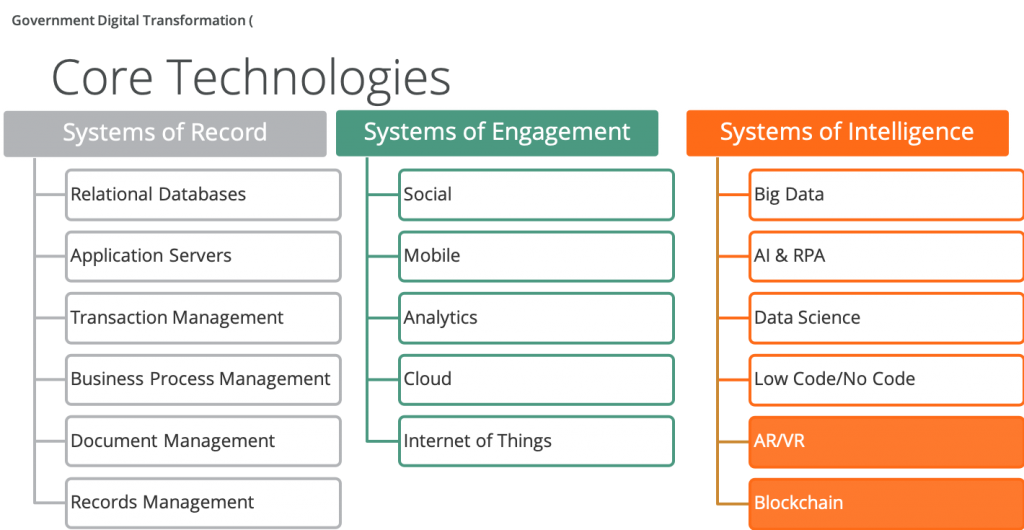 The technology foundations for digital phases in government are:

Many organizations, governments included, remain on the SMACT sidelines, with limited use of systems or intelligence and innovation. Government organizations tend to be technology adoption laggards compared to the business mainstream. 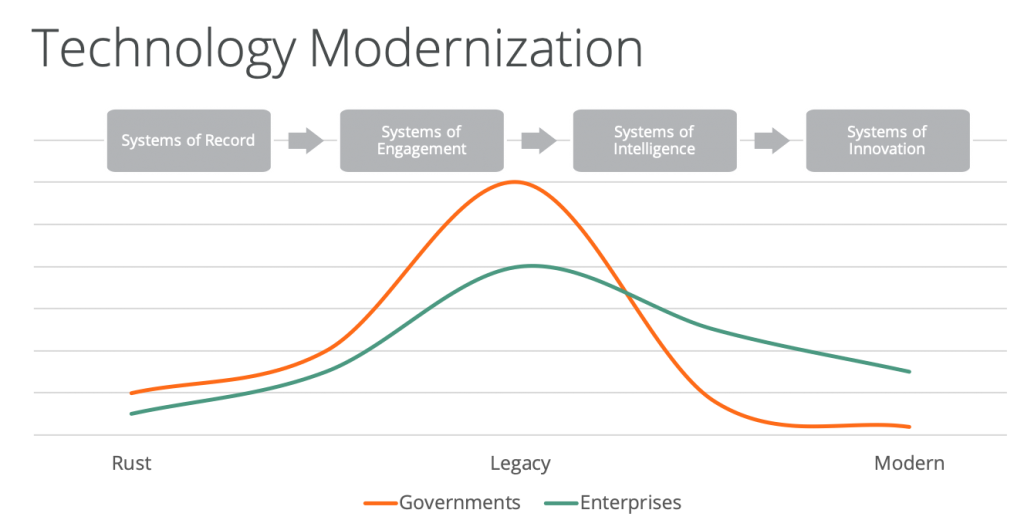 The diagram below conveys some of the technology linkages between these “systems of  engagement” and “systems of intelligence”. The important takeaway is that effective use of technologies at one level of maturity enables further levels. That’s where this concept of platform comes in: to overcome technology gaps. 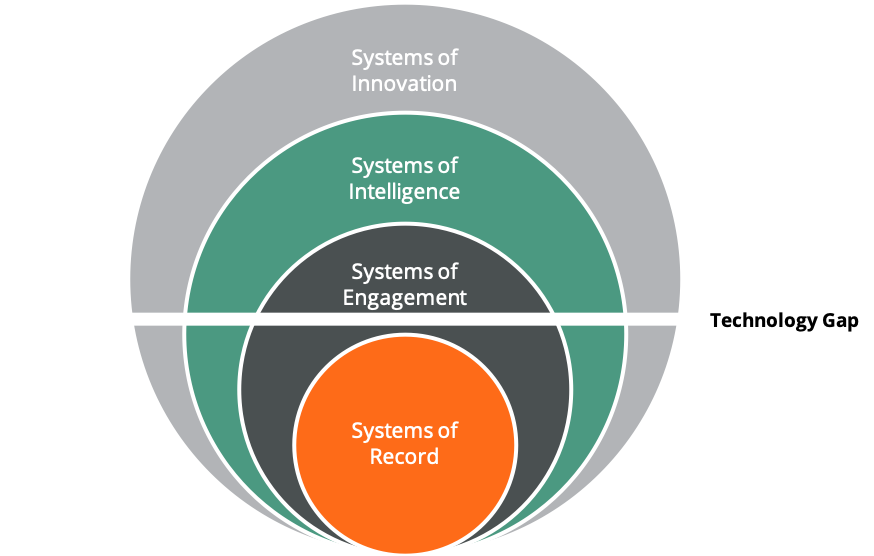 Computing technologies improve over time. Core enterprise technologies from the late 1990s, such as leading Enterprise Resource Planning (ERP) systems that require code customization to meet customer requirements were defined by the Gartner Group as “legacy”. Gartner predicted in 2014 that the shift to cloud computing and more adaptable systems would become the “postmodern” norm by 2016. New technology approaches have emerged in the past decade.

These technology generations include:

Government Implications: governments tend to use highly customized applications making it difficult and expensive to support future reform and modernization – what we call progressive activation.

Government Implications: governments now have a choice for Commercial-Off-The-Shelf (COTS) “best of breed” enterprise-class software, designed specifically for government, like the FreeBalance Accountability Suite™ that is easier to understand adapt, less expensive to maintain.

Foundational Implications for Systems of Record to Systems of Innovation

The legacy to postmodern to emerging technology structure somewhat aligns to the “systems of” view of digital transformation:

* yes, many enterprise software systems in use today, with most recent versions, include these characteristics

Systems of Engagement: this generation leveraged the Internet to scale interactions, and support social media, and e-commerce:

Systems of Intelligence: this generation leverages technology to make better sense of information, and to better integrate: 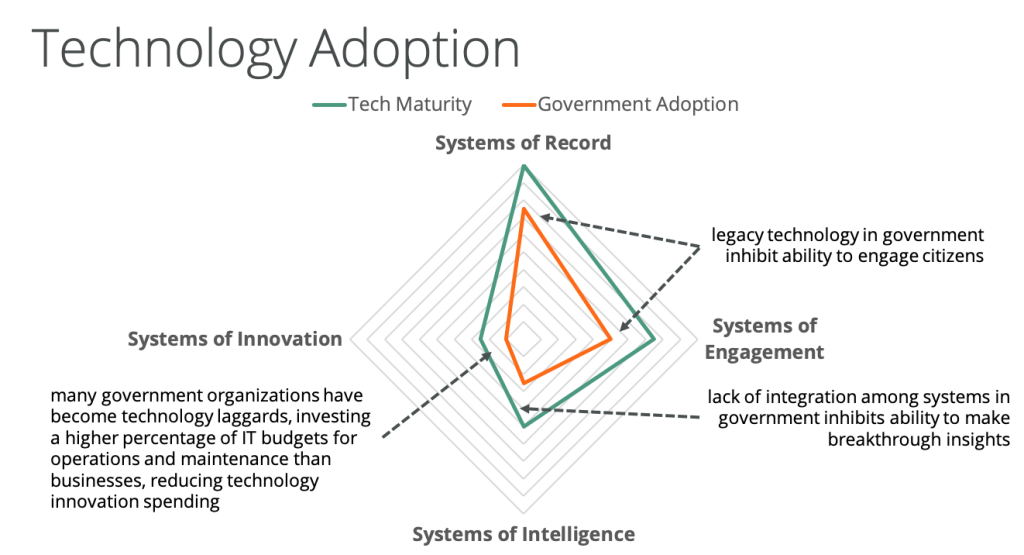 Governments that have fallen behind in technology adoption have leapfrog opportunities. These governments can adopt simple public cloud applications for non-core functions while investing in the latest open platforms. This should be a phased migration aligned to government goals rather than IT goals.

Any government technology benchmark should address a set of questions: