Posted on November 23, 2021 in Economic Growth and Development

“For a century, the most divisive question in political thought has been about the size of the state. Should it expand and take an active role in all sorts of areas of life? Or is that just meddlesome and wasteful? Those questions might have made sense in the previous century. Now, with revolutions in technology and organisational structure, and a world transformed by COVID-19, a revolution is also coming in the essential business of government – whether we like it or not.”(1) 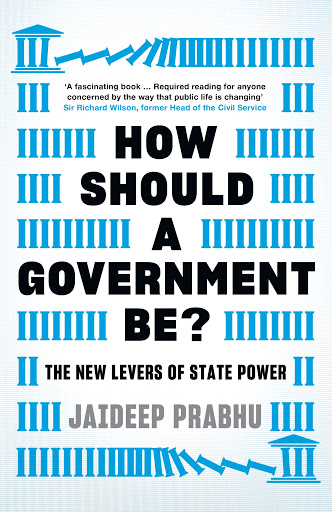 Jaideep Prabhu, author of Frugal Innovation and State Size, spoke at an Apolitical webinar about innovation, imagining the future of government, and the new levers of state power.

What is Frugal Innovation in the Public Sector?

Prabhu introduced the concept of frugal innovation in the public sector: small teams can now do what only large companies or big governments could do before. The result? Faster, better, cheaper. It’s the political environment, and dogma, that creates the impression that there can be no balance in the role of the State. He points out that Libertarians believe that “governments are inefficient and ineffective” while Statists believe that governments are the “only force that can redress the vagaries and injustices of nature or the market.”

Prabhu sees that there can be balance through leveraging innovation concepts from the private sector that have been adopted successfully in government.

What are the Elements of Frugal Innovation in the Public Sector?

The elements of frugal innovation in the public sector are:

Risk was an important theme during the webinar. The public service has mostly a risk-averse culture. The notion of spending public money, even modest amounts, on experiments is anathema. Prabhu addressed these concerns by explaining the modern view of risk management by avoiding very large investments that have not been proven in pilot projects. Failing fast and project pivots have become widely adopted among government innovation and digital services groups.

FreeBalance’s A-i3+qM™ methodology embraces the concepts of frugal innovation in the public sector. The methodology has been designed over 40 years of government bespoke work and learnings from the coal face of PFM reform around the world.

This proprietary, ISO-9001:2015 certified agile implementation methodology is unique in that it covers software implementation, software customization for customers, and software product development.

For more information, please get in touch