Posted on December 19, 2021 in Government Technology

The challenges of implementing financial management systems in government and integrating these systems with the latest technology to support results-based budgeting requires an understanding of the changed context that governments find themselves in.

Technology for the management of public finances – call it IFMIS or government ERP, or what we like to call ‘GRP’, is no longer the big thing in government technology.

What is going on? Have back-office systems become obsolete?

This is a technology phenomenon known as “figure and ground” coined by media theorist Marshall McLuhan. Back-office systems, or “Systems of Record”, have become the foundation, or context for the new technology. It’s much the same way that social media has become the defining figure, supplanting television. Like television, “Systems of Record” are still important in that they contextualize what is grabbing our attention: social. It’s the era of “Systems of Engagement”.

Why Systems of Engagement in Government?

It’s been half a decade or more since Geoffrey Moore defined this concept. 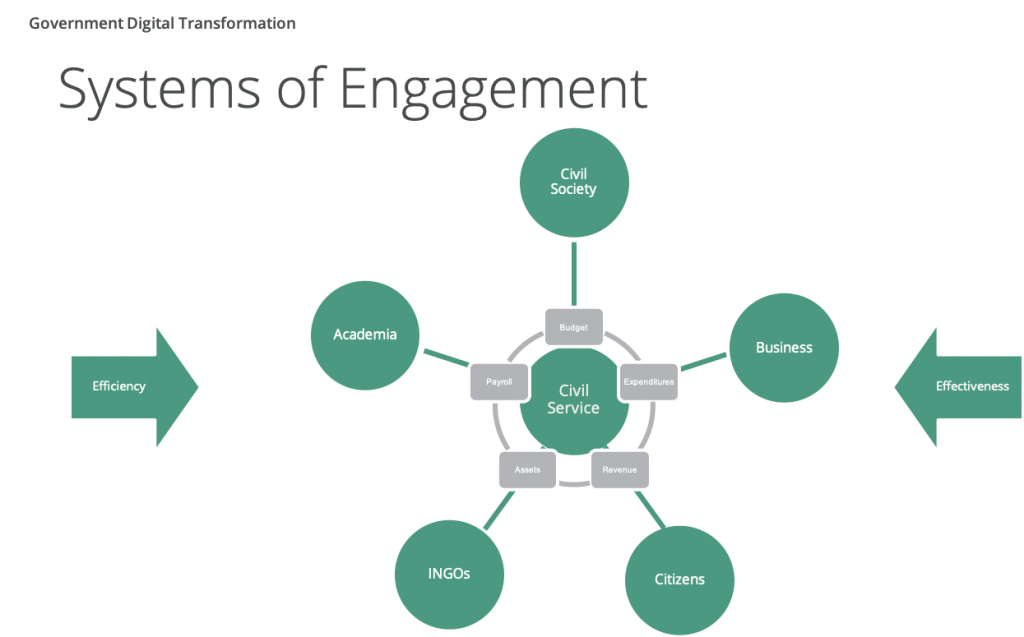 Effectiveness, in the form of performance and results, has become an important theme in government reform. The IDB agenda referenced the “definition and use of performance data.” Systems of Engagement promise to facilitate complex interaction across government, government tiers, international organizations, civil society, and citizens. It’s an optimistic and compelling vision.

There has been some resistance to the concept of “social” in government. Yet, the purpose of government is social. Governments are faced with “wicked problems” of sustainability, inequality, resilience, growth and well-being. These problems cannot be overcome through traditional governance methods. Engagement is necessary, and back-office systems need to support this. 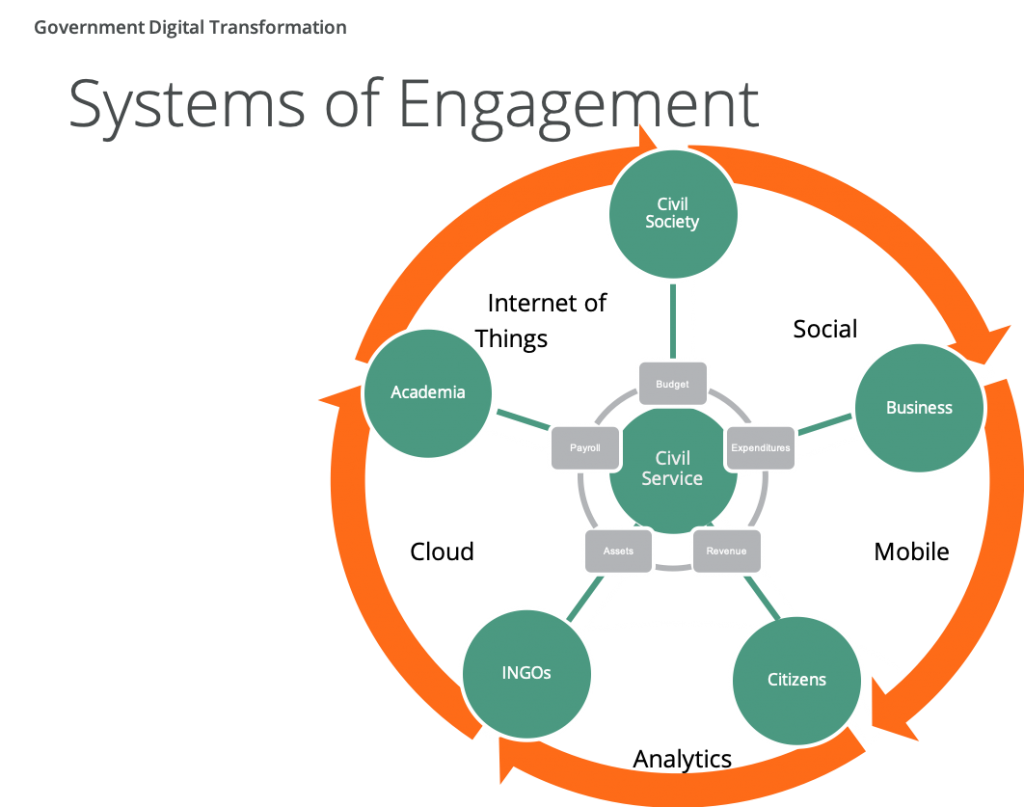 A recent IBM Whitepaper describes how Systems of Engagement differ from Systems of Record:

The IDB has been active in promoting government financial transparency and participatory budgeting. The workshop agenda identifies many of the hurdles that prevent government systems from enabling engagement. This is part of Public Financial Management (PFM) modernization worldwide. The modernization roadmap matches four workshop themes:

Tight integration is necessary to support Systems of Engagement needs of transparency, performance and risk mitigation.

It was a sign, years ago, when Microsoft Word spelling check recommended changing “seamless integration” with “shameless integration.” That’s because integration within major enterprise software suites were difficult. Integration beyond these suites were even more complicated. Metadata was hard to manage and minor changes to any system presented errors. The web services standards helped to some extent, but the consolidation of enterprise software compounded complexity. Many Enterprise Resource Planning (ERP) customers are shocked to learn that it’s normal practice to define metadata differently among subsystems in so-called “integrated suites.” Large ERP vendors, for example, promote integration as a benefit of their product suites. This is most often hyperbole with complex integration mechanisms, especially with software products from vendor acquisitions. Our definitions are:

My recommendation to government organizations looking to modernize to Systems of Engagement is to focus on unifying metadata as integral to design. Unified Government Resource Planning (GRP) systems, like the FreeBalance Accountability Suite, facilities modernization. 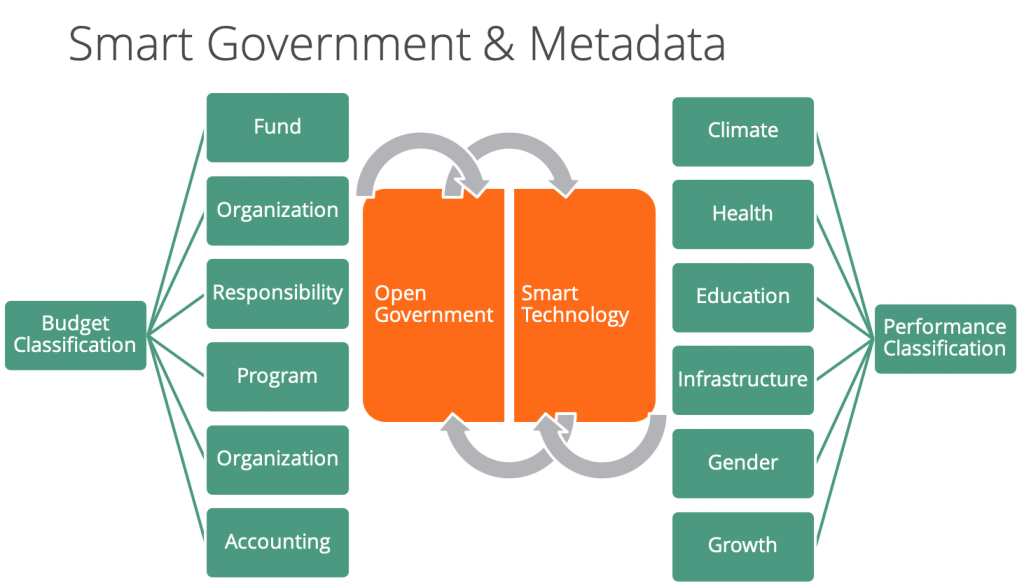 Beyond Systems of Engagement?

Systems of Engagement is not the end game. The unified design of Systems of Record will be needed for engagement context. Ray Wang, of the Constellation Research Group, has identified the weak signals that show the emergence of experiential and personal fulfillment systems. Analysts at the Gartner Group, like Michael Guay, describe “Systems of Innovation” and “Systems of Differentiation”.