What are the Public Policy Lessons from the World Happiness Report?

Posted on March 2, 2017 in National Happiness

The World Happiness Report was first published in 2012. Two additional reports and an update have been published since. These documents include updated rankings and academic articles. There is significant evidence that the metrics used in the World Happiness Report are statistically relevant, and therefore could be used to inform public policy.
Happiness as a public policy goal is as ancient as Aristotle. What has been “largely missing from this long and great tradition of moral and political philosophy has been empirical evidence. The new science of Happiness therefore adds critical empirical evidence to the search for the ideal political community. (Sachs, 2016)”
Numerous governance ratings and methods are available for countries. The relevance of these ratings for public policy for happiness and well-being, and public policy in general is questioned by many observers. There is emerging evidence that the attainment of the Sustainable Development Goals (SDGs) is aligned with national happiness and well-being. The “cross-country evidence suggests that both economic competitiveness and SDG achievement, but not economic freedom, explain aspects of well-being (Sachs, 2015).” The SDGs are aligned to the “implicit theory of happiness [including] fighting poverty (SDG 1), promoting gender equality (SDG 5), emphasizing decent work for all (SDG 8), narrowing gaps of income and wealth in society (SDG 10), promoting environmental sustainability (SDGs 11, 12, 13, 14, 15), fostering peaceful and inclusive societies (SDG 16) and enhancing global cooperation (SDG 17). (Sachs, 2015)”  The SDGs and the recommendations from World Happiness Report academic papers highlight policy sectors most likely to improve happiness.

What government Sectors are most relevant for public happiness and well being policy? 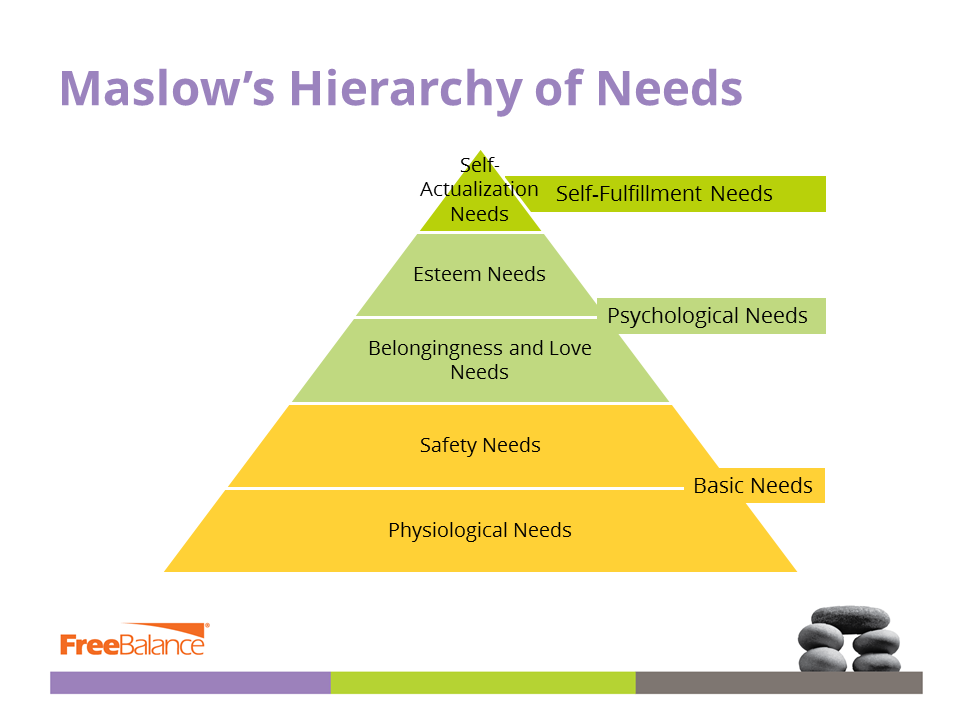 Health: Basic and Psychological Needs
Health policy improvements that cover physical and mental health are recommended (Helliwell et al, 2012; O’Donnell, 2013). The move to preventative health is seen as a way to improve well-being at lower costs than traditional health care.  Holistic approaches can improve outcomes that can extend to self-fulfillment needs. “Becoming ill, physically or mentally, can reduce happiness significantly and in some cases, recoveries can be very lengthy and far from complete. Money spent upfront, for example on improved education, resilience and emotional intelligence, and preventative measures like malaria nets, can allow people to live healthier, more fulfilled and more productive lives. Wellbeing clearly leads you to focus on asset-based approaches to policy rather than deficits. This applies to many areas of policy other than health, e.g. asset-based community development vs. multiple deprivation approaches. (O’Donnell, 2013)”

Evidence suggests that the loss of employment affects safety and esteem.  “Mass unemployment is a major blow to society. It reduces the happiness of those unemployed by as much as bereavement or divorce, and it also infects those who do have jobs with the fear of losing them. In conditions of high unemployment, active labor market policies and other means to restore employment should be prioritized (Helliwell et al, 2012)”
There are significant benefits to governments who use holistic methods of improving employment opportunities. “Getting people back to work means they start paying taxes, not collecting benefits, and it raises their self-esteem and ability to look after themselves and their families with less reliance on the State. A greater emphasis on well-being would lead to more resources being devoted to overcoming the obstacles to returning people to work. (O’Donnell, 2013)”
Recommended  government interventions including giving “great weight to policies that reduce involuntary unemployment, including retraining, job matching, public employment, low-wage subsidies, education support (to raise long-term skills), and other policies. (Helliwell et al, 2012)”

Good governance in the form of reduced corruption affects safety and belongingness. Safety is affected because of concern that corrupt officials threaten citizens. There is emerging evidence that reduced corruption leads to improved trust in government and increases “social capital”. This social capital leads to pro-social behaviour. “When social capital is high, individual citizens are more prepared to pay their taxes honestly, more prepared to support investments in public goods, and more likely to support social insurance policies. (Sachs, 2015)”
Recommendations include reducing public sector corruption in many countries and “more effective regulation by the state against dangerous anti-social behavior (e.g. financial fraud, pollution, etc.) (Sachs, 2015)”  It is suggested that “high social capital is conducive to electoral support for a strong social safety net and extensive social services. It is also likely that the emergence of social democratic systems in Scandinavia in the 1930s and onward helped to foster more social capital in those countries. (Sachs, 2015). Policies that improve social safety nets provides positive well-being benefits when trust in government is high.

Improved education enables citizens to address physical and safety needs (Helliwell et al, 2012; O’Donnell, 2013). Education is also important in providing opportunities for those who have become unemployed, addressing esteem needs. It is also suggested that “general education, ethical instruction, and specialized compassion training make a difference in pro-sociality. (Sachs, 2015)”
The improvement in education could impact self-fulfillment needs because “universal access to education more generally is likely to promote social capital in many additional ways, by raising awareness of social dilemmas, reducing social and economic inequalities, fostering a better understanding of public policy debates, raising individual skill levels, and creating an educated citizenry that can keep government in check. (Sachs, 2015)”

Skeptics often point out that countries with high levels of inequity and income inequality ought to suffer from low perceived happiness. The evidence often shows that countries with higher inequality have higher happiness perceptions. The cultural context differs among countries, so interventions that improve equality ought to be prioritized differently. This may also be a product of changing inequality where increases in inequality from the status quo may impact happiness negatively. There is also evidence that improving equality impact well-being only after many years.
Recommendations include “public policies to narrow income and wealth inequalities could raise social capital on the grounds that class inequalities are a major detriment to interpersonal trust. (Sachs, 2015)” The use of universal social benefits may also improve social trust (Sachs, 2015).

Increased citizen participation and efficacy in governance is seen as improving trust in government and improving policies. This is explicit in happiness scholarship – governments cannot effectively improve citizen well-being and happiness without citizens. This extends beyond improving psychological happiness perception to self-actualization.
It is theorized that “the strengthening of deliberative democracy, in which individuals meet face to face or in virtual online groups to discuss and debate public policy issues in detail, may well foster generalized trust, reputational benefits of pro-sociality, and more ethical framing of policy issues. The consistent evidence that effective democracy fosters generalized trust is a powerful indication that good governance not only reduces transaction costs in the economic sphere (i.e. lowers the costs of doing business), but also produces social capital with myriad direct and indirect benefits. (Sachs, 2015)” 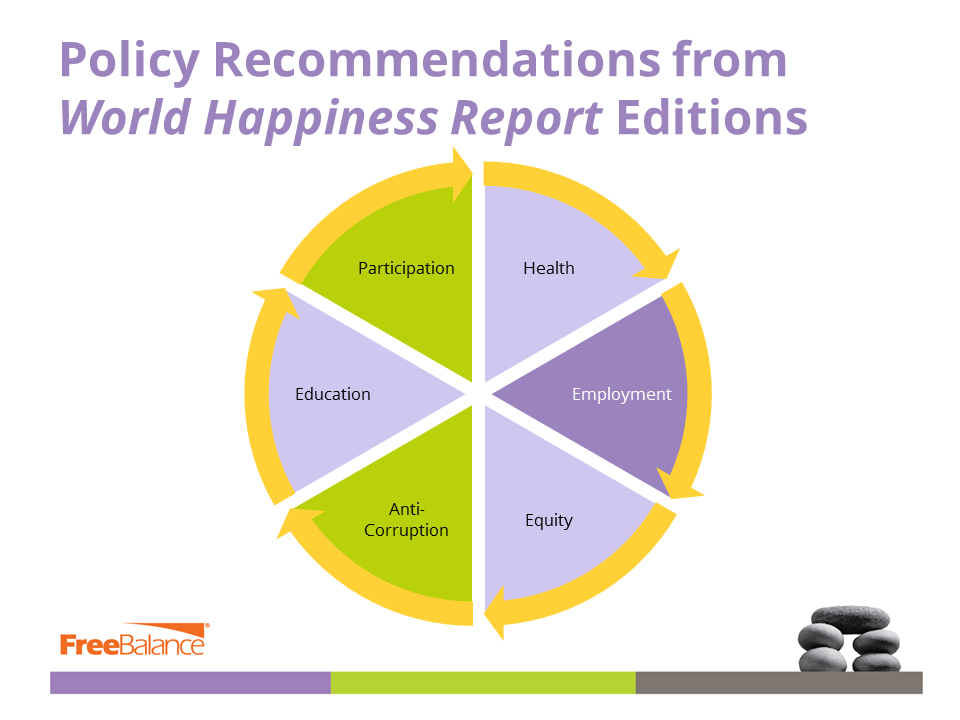 How should policy formulation change implications based on well-being and happiness objectives?

Government mandates change based on political considerations and election cycles. Political decisions are often made based on short-term political needs. In addition, “the problem for politicians is that it is the current cohort of electors who decide their fate. If the public does not put much weight on the welfare of future generations, possibly because they believe they will be much better off anyway, or because people are short-sighted, then politicians may respond accordingly. (O’Donnell, 2013)”
There is often the unrealistic opinion that governments ought to be able to change national conditions quickly. The transition from short-term to long-term policy changes needs improved communications and vision. In other words, politicians who are leaders need to lead.

“Governments are increasingly realizing that using well-being as a success measure will lead to better policies. However, they are worried about whether all the practical problems can be overcome and whether such policies can be implemented successfully. (O’Donnell, 2013)” There is no inconsistency in the view that policy needs to be long-term in thinking with very short-term activities.
There is often the unrealistic opinion that governments waste money. A culture has arisen in government of not admitting to mistakes. “A great deal of research is now being published showing how policies and different policy processes lead to better outcomes. However, despite the opportunities for learning and informing policy, it is very difficult to publish negative findings, thus increasing the risk that policy makers will repeat errors that have been made before. (O’Donnell, 2013)” It is unrealistic that governments can get policy right in multivariate opportunities like happiness and well-being. “It is highly doubtful that a well-being analysis will immediately lead to the perfect policy. (O’Donnell, 2013)”
This needs more agile policy to “fail fast” with low cost experimentation. “All policy change should be evaluated through controlled experiments in which the impact on happiness is routinely measured. (O’Donnell and Layard, 2015)”
Governments are also faced with the problem of proving that any improved outcome is the result of policy changes. Experimentation enables statistical analysis to establish “that the improved well-being is caused by the specific policy in question. (O’Donnell, 2013)”

Government budgets are the embodiment of government policy. Government budget processes have improved from single year to multiple year in order to track medium-term impacts of policy. Processes have also changed from line-item to program to result-based in order to better tie budgets with desired outcomes.
Recommendations for budget management suggest using outcome measures to track happiness per unit of expenditure (O’Donnell and Layard, 2015). It is also suggested that policy related to expenditures and policy that involves regulatory changes that could be budget-neutral ought to be combined.

The use of behavioural economics in public policy (Thaler and Sunstein, 2009) has become mainstream. Behavioural economists have shown how citizens often make decisions that have long-term negative consequences. There are numerous situations where “people are not operating always in their own best interests, are being manipulated in ways that might lower their wellbeing, or are acting in ways that might damage the collective interest of the country or even the planet, politicians across the political spectrum are starting to be more confident about intervening to improve well-being. (O’Donnell, 2013)”
The use of “nudge” techniques to encourage citizens to change behaviour has been shown to be effective in many case studies such as increasing voter turnout and organ donation. The combination of nudge and financial incentives have resulted in reduction in energy use. This has some additional consequences with many concerned about the so-called “nanny state” (O’Donnell, 2013). 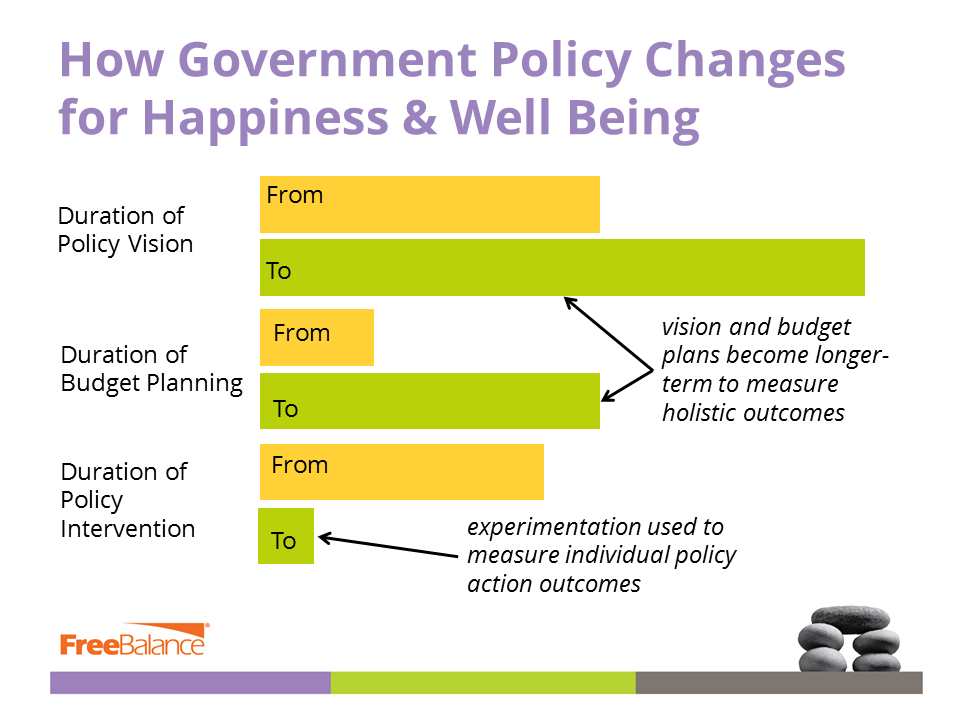 Why is communications necessary in well-being and happiness policy?

It is clear that “happiness is multivalent, and that no single goal of society – economic efficiency, personal freedom, community trust, constitutional rule, or others – by itself delivers the “good society” sought by Aristotle. (Sachs, 2016)”
There have been many examples of national policies that have executed over many years with positive results. This is why happiness and well-being policy must move beyond government technocrats to vision. Vision is something to be continuously communicated. Outcomes must be transparent. Civil society needs to be engaged to have a network effect. The international momentum behind the SDGs represents an opportunity for government leaders to effectively communicate national visions. The SDGs helps governments to validate needed policy interventions.