The FreeBalance Approach to PFM Reform

Many within the Public Financial Management (PFM) community think that FreeBalance is an software company that happens to build PFM solutions for improved governance and transparency. It’s actually the other way around…

FreeBalance is actually a PFM specialist that happens to build software – something we discovered when we were helping the Government of Canada to calculate how much it legally had available for spending, known as the “free balance”.

The general approach is shown in the diagram below. 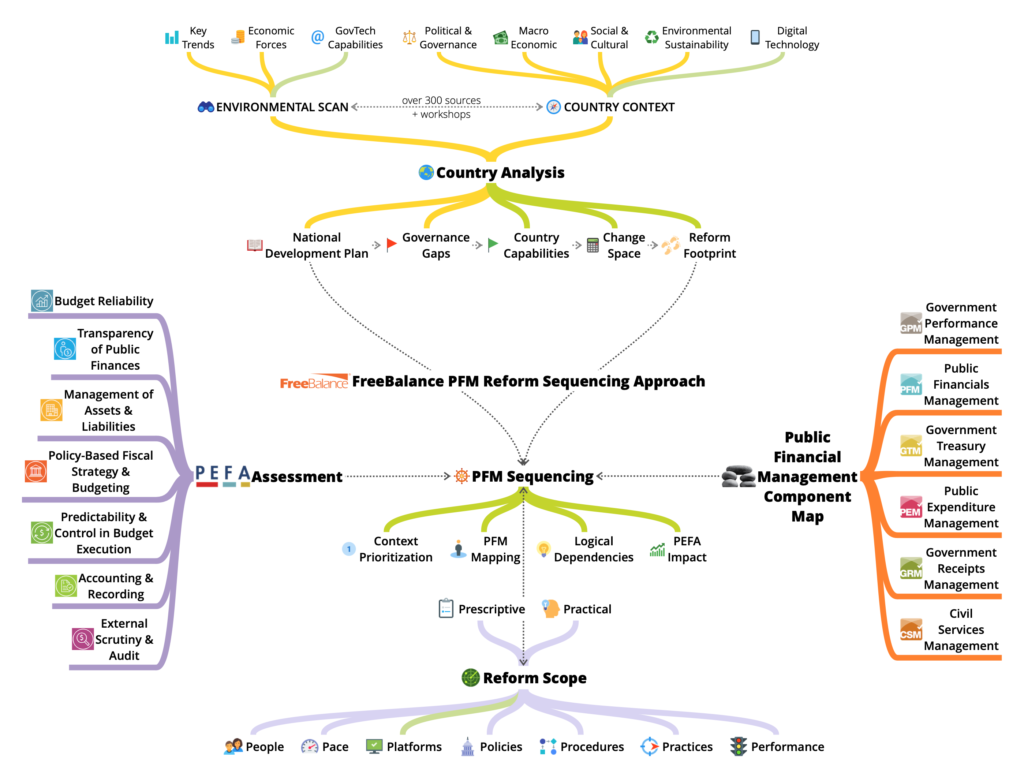 We also believe that PFM reform sequencing is more science than art. A structured analytical approach yields effective plans that including prioritization based on context, logical mapping of inputs, that is adapted based on dependencies such as recognizing that effective cash planning is dependent on the Treasury Single Account, or that Medium Term Expenditure Frameworks are dependent on program budgeting classifications. This approach also identifies how governments can increase PEFA scores, although this can be seen as gaming the system with a focus on looking good rather than doing good.

These techniques have adapted over time based on our experience with so many global governments. We also dive into the literature. Experience plays an insight role, so there remains some art in the way that we recommend PFM reform sequencing.

FreeBalance’s public sector consulting services are customized for governments and include:

Get in touch to find out how FreeBalance could help your country.