Posted on January 8, 2013 in Uncategorized 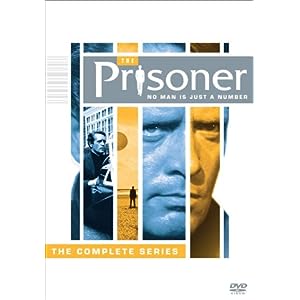 So much we take for granted was imagined in 1960s popular culture from wireless communications in Star Trek to GPS in James Bond. The 17 episode British series, The Prisoner, may have predicted more technology effects that all other 60s television and film programs together.

The basic plot: “after resigning, a secret agent is abducted and taken to what looks like an idyllic village, but is really a bizarre prison. His warders demand information. He gives them nothing, but only tries to escape.” The agent, Number 6, was played by actor Patrick McGoohan. The village authorities and Number 6 undergo psychological battles. The notion of brain washing and manipulation often aided by computer technology was a standard plot device in 60s programs like The Avengers.

Although some may think that William Shatner, the Captain on the original Star Trek series changed the world, the program did not focus much on the effects of technology. It’s these technology effects, as Marshall McLuhan suggested, that changes society. Perhaps there is more value to examining The Prisoner in more detail.

In homage to “Number 6”, here are six themes of modern technology resulting in 3 effects described in the programs:

All residents of “the village”, whether prisoners or not, wear a “penny farthing page” with their number. Their activities are tracked much like a cookie on a web site. Residents, like users for popular web sites, are assigned a number. Residents become their number. “Number 2” is the titular head of the village (while Number 6 tries to discover who Number 1 is). The person assigned to Number 2 changes from episode to episode akin to multiple people using the same log-in and computer, and hence, the same cookie.

The identity is all about “role”. Something McLuhan predicted: the transition from jobs to roles for electronic man. Our roles change faster than in the 1960s – and without the benefit of badges to tell us what role we should be playing.

Identity is always accompanied by violence, according to McLuhan. The number assigned to residents in The Prisoner defined the conflict in the narrative – from Number 2 (every Number 2) laughing evilly to Number 6’s wanting to be free.  Identify violence has metastasized to social media flaming. This makes for good drama.

Video surveillance is rampant in “the village.” Number 6 often asks for privacy. Other residents appear to revel in the security provided by this surveillance. Many viewers may wonder why prisoners rebelled in what seemed to be a wonderful seaside retirement home (in Pormeirion Wales).

McLuhan pointed out that the value proposition of privacy was driven by the book medium and that we no longer have the same value for privacy. There is a significant privacy debate in the UK where there is ubiquitous video surveillance, the United States about the Patriot Act and social media of service.

Jeff Jarvis argues that we have entered a new era of the public digital life in Public Parts. This generated a rather spirited flame dialog with Evgeny Morozov. My sense is that Morozov is the new “paranoid Number 6” as captured in The Net Delusion.

The advent of mainframe computers generated the popular cultural stereotype: the all-seeing, all knowing machine. The 1957 comedy Desk Set best presented this notion of man vs. the machine. (In this case, Katherine Hepburn vs. Spencer Tracy’s machine). This conflict is presented as predictive analytics are used to determine residents’ behaviour. After all, they have resident badges and track movement. They’ve collected more elements of behaviour than the last Obama campaign.

Of course, they couldn’t process all those data points in 1967 – but we can now on the Amazon cloud. (The computer, in pre-Deep Blue days, predicted the outcome of chess matches.)

Much like today, the village computer was not able to 100% predict resident behaviour. Number 6 understood that he was being analyzed, so he became unpredictable. The village computer seemed to have more trouble with the impact of social relationships in the same way that collaborative filtering can generate some very odd recommendations because the algorithm doesn’t understand the context.

The other machine problem is that the authorities were operating out of network – in the broadcast mode. They watched and they made announcements. They sent spies. But, they did not interact as peers with the residents. This is another problem experienced by governments and large business in the Internet age: you can’t always control the flow of information.