Posted on January 11, 2022 in Government Technology

One of our customers, a few years ago, said to me: “all governments think that they’re different, but we’re really different!” If there’s one thing that we’ve learned after almost 40 years exclusively dealing with the public sector, it’s that government processes are different. Different among governments. Different within governments. Very different from businesses. And, constantly changing.

Adapting Commercial-Off-The-Shelf (COTS) software to operate in government organizations can be a very unsatisfactory experience. Enterprise software projects in government are fraught with failure and complex implementation methods. Many in the technology industry views these travails as the “cost of doing business.” “It is what it is”, etc.

Why does it have to be this way? Why can’t COTS software adapt easily to changing requirements?

This blog entry describes our journey to a “progressive activation” and “no-code” approach.

Many Public Financial Management (PFM) experts who did not see much of a difference between configuration or customization – often referring to any adaptation as “customization”. We’ve been talking about the difference for some time. And, the industry has caught up to us by defining configuration as “no-code” customization. The use of helper software to facilitate code development is now called “low-code” development. I prefer the term “configuration”, but this no-code to full code spectrum is a useful model.

Code customization can create not only technical debt. Technology can limit reform opportunities. We call this the “technology gap“.

Signs of the technology gap in play are: 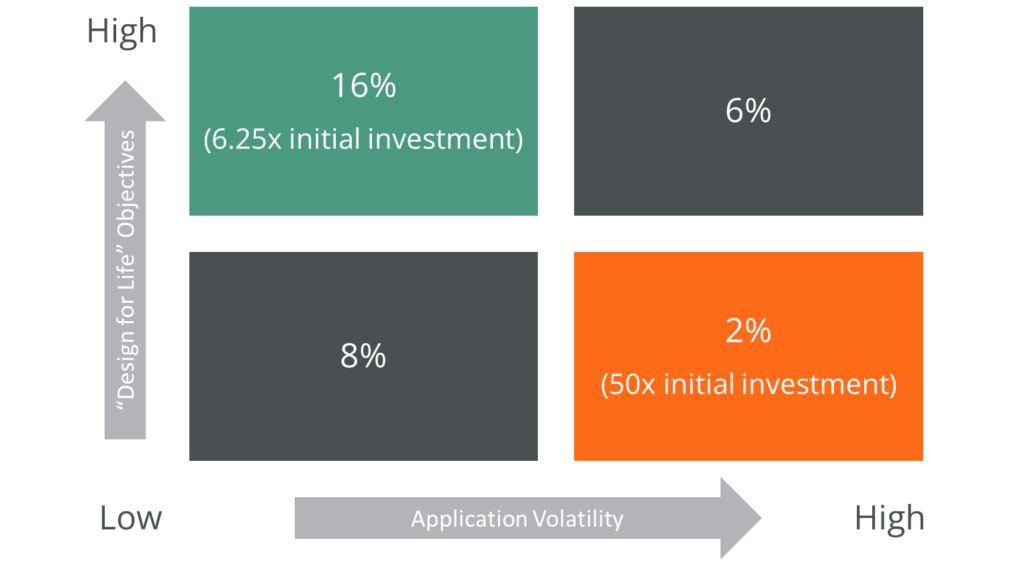 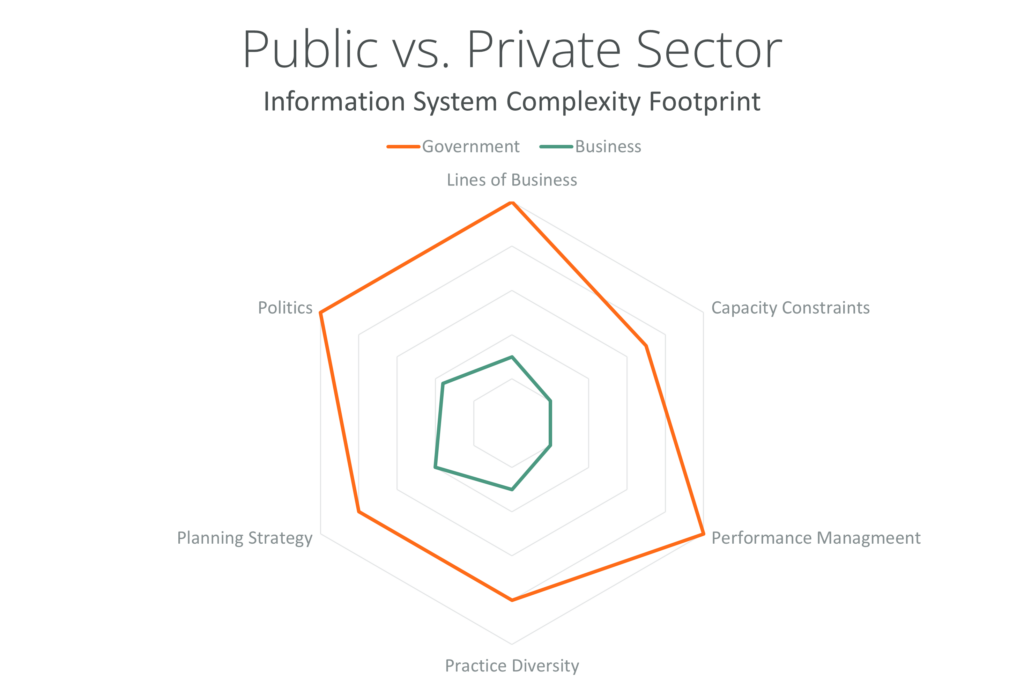 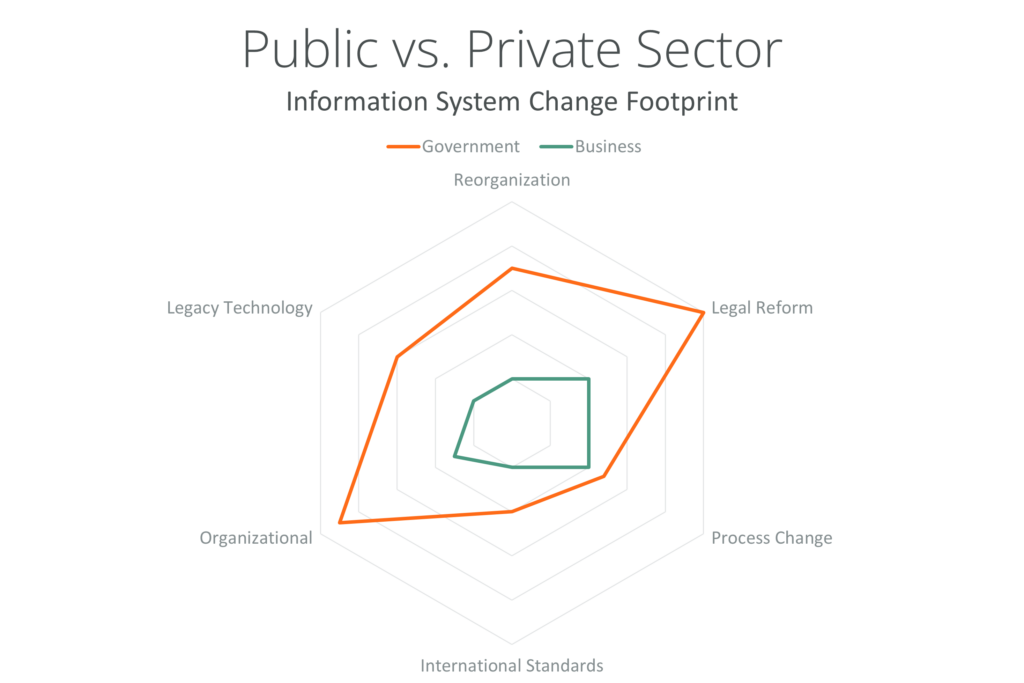 The design for the web-native FreeBalance Accountability Suite™ began in mid 2006. We examined many of the constraints facing enterprise software manufacturers and made some conclusions: 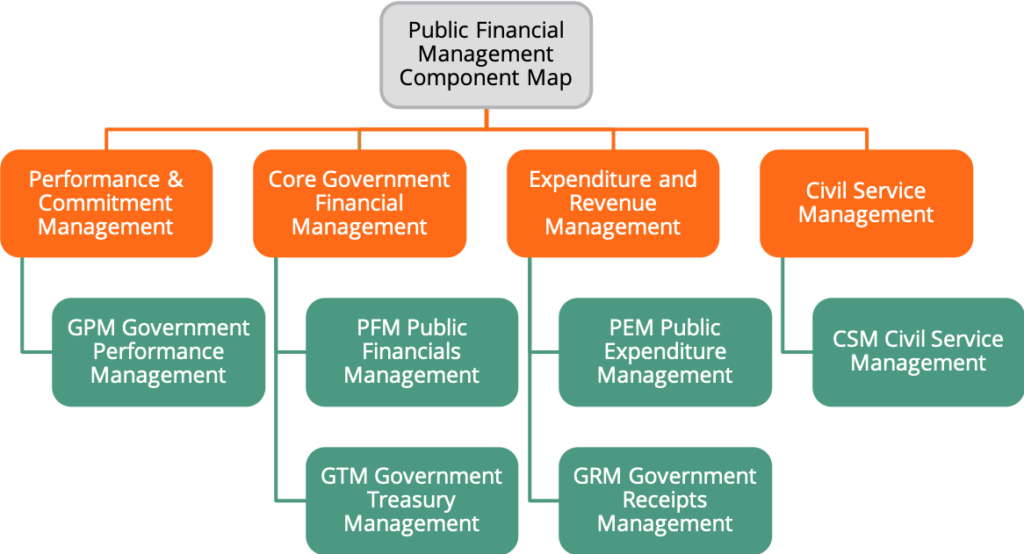 FreeBalance had become successful at implementing software quickly. Our first implementation, in Kosovo, took 26 days. The operational system at the time including budget controls, cheque printing, and a chart of accounts structure. Accounting functions came later. As did treasury, and decentralized controls. The configuration approach in previous versions of FreeBalance software facilitated quick wins. We realized that we could “progressively activate” any government to advanced public finance functions as enjoyed in the Government of Canada.

Since the completion of the first version of our web-based FreeBalance Accountability Suite modules in 2009, we have seen an increasing need for progressive activation. 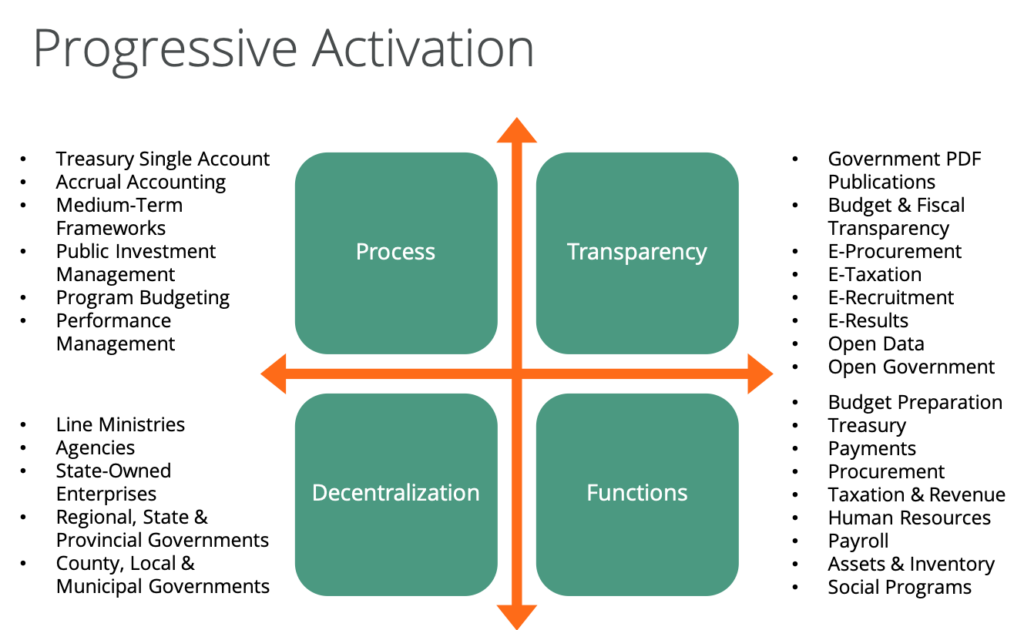 I met a senior government treasury official from an African country using a Tier 1 ERP system for financial management. The system was still in pilot phase after 2 years. He accused me of being from one of those “Western companies” that demand millions of dollars a year from poor governments just to pay for software maintenance. Software maintenance for software that was not yet implemented. I explained how our system used a configuration approach to accelerate implementations. He just laughed. Complete disbelief that it was even possible. He knew all about the way it was for ERP implementations in government.

FreeBalance has benefited from a single-minded focus on government. Our software can be massively configurable, when compared with generic software.

There’s another unique FreeBalance characteristic. Many of our early international customers contracted major systems integration firms. We were a software provider, with some sub-contracting responsibilities. We discovered that our project involvement was proportional to project success. We also found that many government requests for feature changes had not been forwarded by our partners. Our product roadmap was not aligned.

The traditional approach to enterprise software product roadmaps is via integration partners with a second channel through product support. Software manufacturers are often disconnected from customer requirements. Manufacturers that support many vertical markets often lack expertise, so the “feature lottery” will often favour some markets over others.

Our approach is much different. 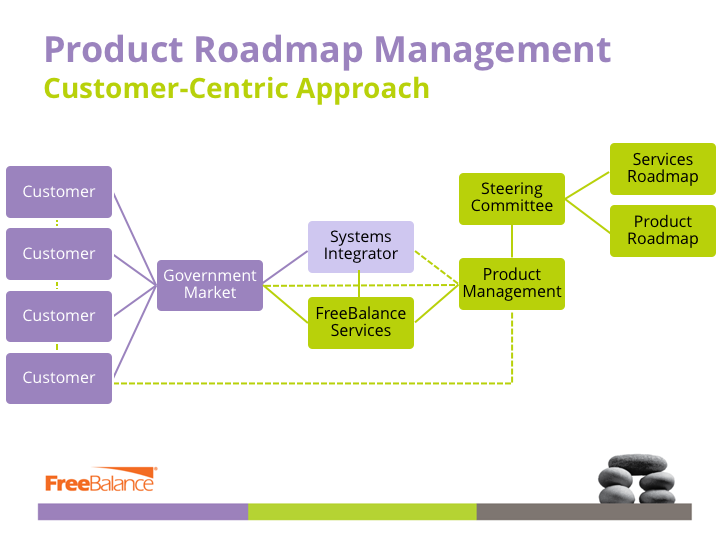 Our policy is to be involved in all implementations. We understand the government market. We work with systems integration companies. Our  product and services teams are integrated in such a way that we do any product customization required. And, this customization becomes part of our commercially supported code in the next release. There is no orphan code.

Traditional enterprise software manufacturers build up long-term product roadmaps. This is an accepted approach. It makes no sense, but “that’s the way it is.” Customer needs and technology changes so much, that mapping out product features over the next 3 to 5 years, is more like gambling. Especially with any level of detail.

I know – customers are conditioned to roadmaps. Prospective customers want to see our 5 year roadmap. Our 10 year roadmap. I guess it’s to see whether any missing needed functions could be in the pipeline. We show governments the PFM Component Map and explain that we will do anything here, and adapt software to meet their needs. (As long, as it isn’t a bad practice.)

Our approach is to build a 3 year detailed product roadmap based on our in-depth customer experiences. And, our government and technology research. We present this to our FreeBalance International Steering Committee (FISC) every year. FISC attendees change the roadmap priorities, and add items.
This includes products and services. 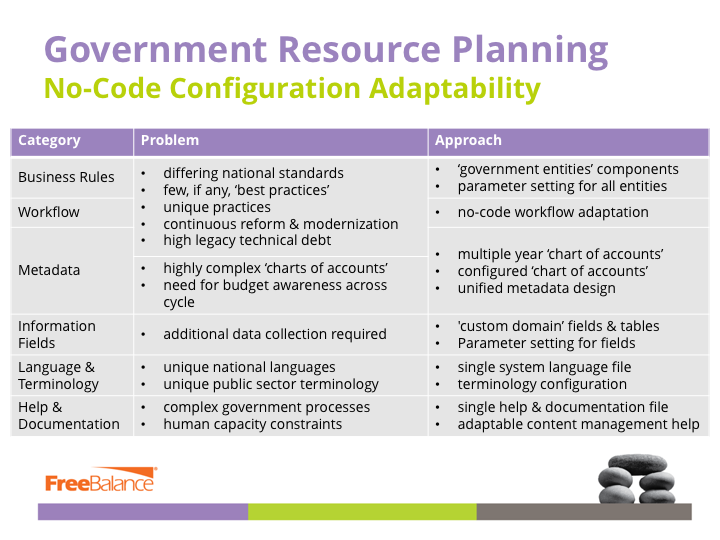