How to Improve Public Expenditure and Financial Accountability Assessment with FreeBalance

The big picture: reform achievements come via government will and persistence

What about PFM reform during a pandemic? That’s the subject of a recent PEFA Secretariat paper. And, a FreeBalance blog entry aligning recommendations from the IMF and World Bank
Context: contribution from FreeBalance products and services across PEFA pillars differs 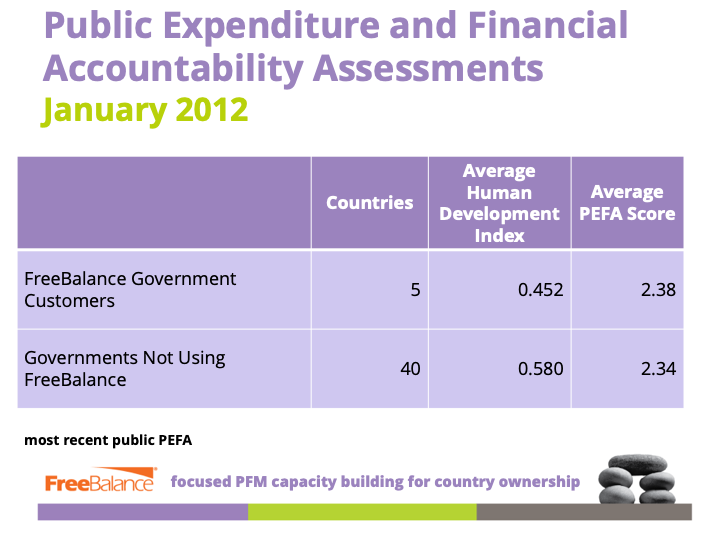 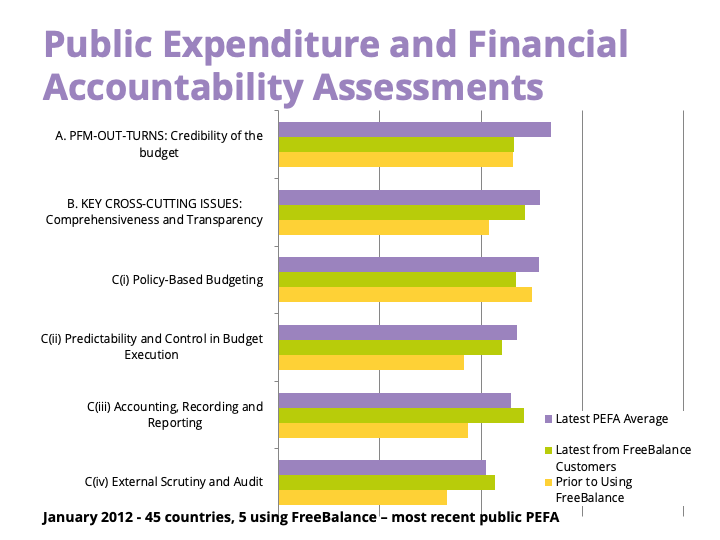 Takeaway: improvements in PEFA assessments, like the Timor-Leste quote used in the image, have been attributed to using built-in features of the FreeBalance Accountability Suite.

Note: this is not press release spin about how a government expects improvement, this is the real thing – actual outcomes
We look forward to the next PEFA assessment from the Government of the Philippines after the implementation of the FreeBalance Accountability Suite, known as BTMS, “modern, integrated, accurate, reliable and secure information system“. The PEFA Secretariat concluded that the Government of the Philippines reforms and the adoption of BTMS: “In addition to re-introducing draft PFM reform legislation, the government sought to improve budget and procurement planning, and cash management, essential to moving from obligation- to cash-based budgeting, and implementing the Budget and Treasury Management System as the initial phase of the GIFMIS. These reforms took a more strategic view of the PEFA findings as part of the evidence on what was needed for further reform.”
Fast forward to today: governments who use FreeBalance software have shown remarkable improvements in 6 of 7 dimensions common in the PEFA 2011 and 2016 frameworks where we help most 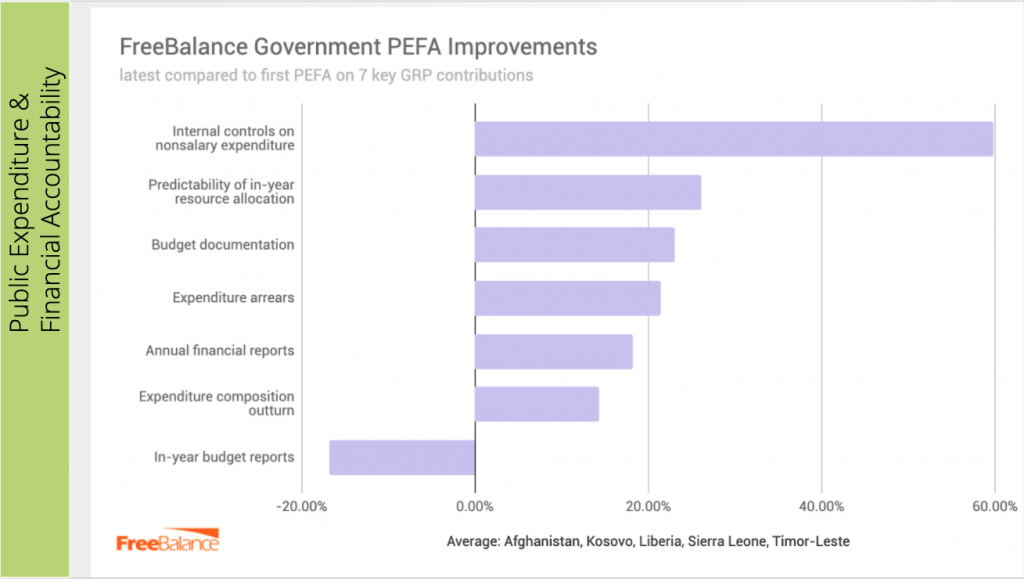 How could ratings for in-year budget reports dropped? Explanations include:

How does FreeBalance help governments based on a PEFA? 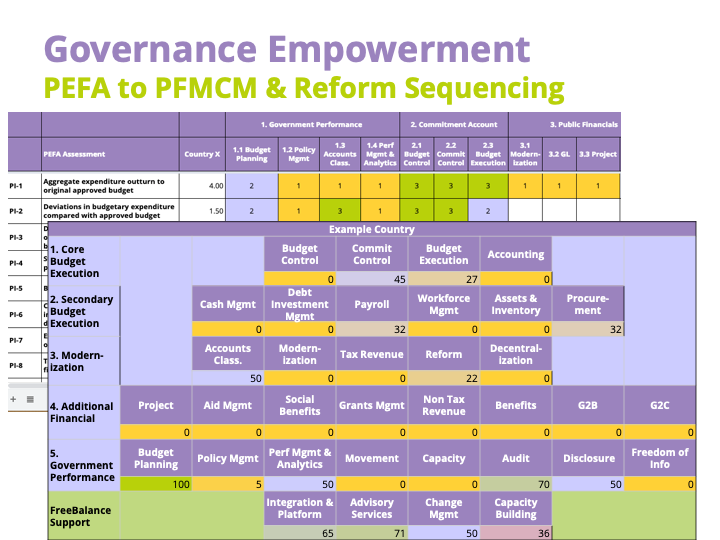 1 Ratings are converted to numbers with D=1, A=4