[part 2 of a 5 part series | part 1]
There are many IT failures in government, particularly with Enterprise Resource Planning (ERP). Although the government context adds difficulty to making IT projects successful, many large private sector have trouble achieving IT goals. It’s not necessarily better in the private sector.
The 2015 CHAOS Report released by the Standish Group provides important insight into IT project success and failure. Standish has been analyzing IT project success yearly since 1994. The evidence gathered to date shows success patterns. This is further enhanced by the 2106 Report on ERP Systems and Enterprise Software from Panorama Consulting. Panorama has been analyzing ERP success and failures for many years.
1. Large projects where the labour costs exceed $10 Million have a much high failure rate than small projects according to Standish
Government implication: many IT projects, particularly those that attempt to cover entire national governments would be considered large, especially when the cost of civil servants is included. New methods of government procurement are required to move away from “big bang” to more modest projects in government.

2. Projects using traditional waterfall methods of project management have a higher failure rate than those using agile according to Standish
Government implication: Most government IT projects are derived from complex requests for proposal where design and implementation are expected to adhere to strict schedules – in 0ther words – waterfall. The movement to agile requires new methods of government procurement.

3. Organizational change management is not explicitly described by Standish as an important success factor
Government implication: it can be interpreted that “executive sponsorship” and “user involvement” are aspects of organizational change management. It is only through executive sponsorship that IT projets are legitimized. And, user involvement is a critical factor to overcoming change resistance.

4. Poor success rates with ERP, according to Panorama
“According to Panorama’s independent ERP research over the past four years, overall project cost has decreased while the percentage of respondents experiencing cost overruns has increased. Duration overruns, on the other hand, are becoming less common, while overall duration has increased. The duration increase is not necessarily a bad sign as organizations appear to be planning for longer durations and have more realistic expectations about what it takes to achieve ERP success.”

Panorama, like many observers sees a relationship between code customization and failure rates. 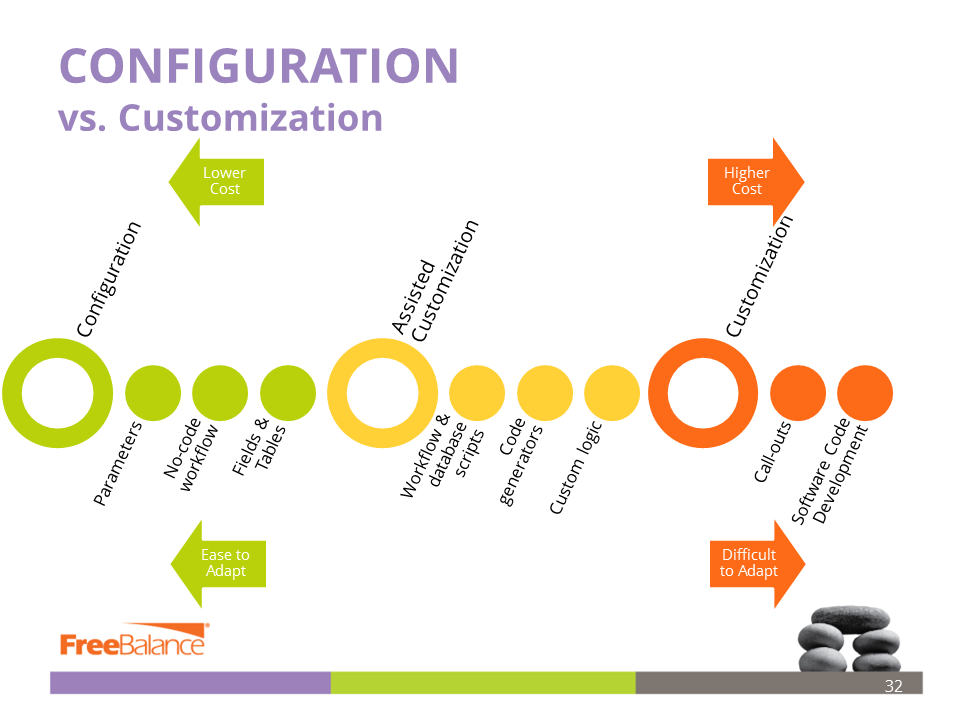 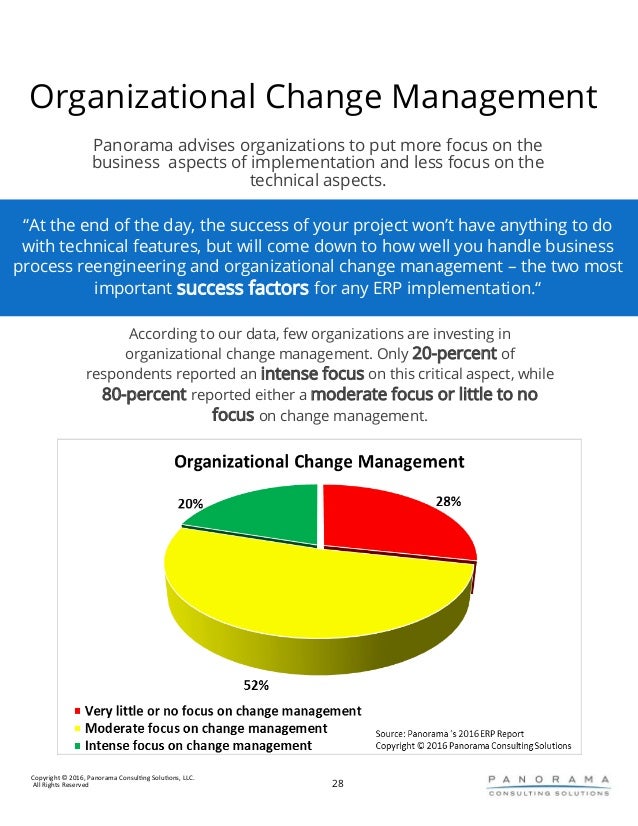 Government implication: Change management is often underfunded in large projects. This is short-term thinking because any investment in effective change management pays dividends by reducing resistance and increasing likelihood of adopting new and more efficient process.

Consider the observations under a change management lens: