How can FreeBalance help governments to sustain reform?

That’s why we’re launching a PFM and FMIS sustainability service. This service is available to FreeBalance customers, and will be extended next year to assist any government looking to sustain reform.

Why a medium-term perspective?

Most governments plan and implement PFM plans. One of the most important elements of PFM reform is improved support for MTBFs.

The challenge that governments face is how to operationalize this MTBF good practice within the context of PFM reform. Opportunities from operationalization include:

What is the scope of MTSFs?

The FreeBalance MTSF covers all PFM domains across the government budget cycle as expressed in the Public Financial Management Component Map. 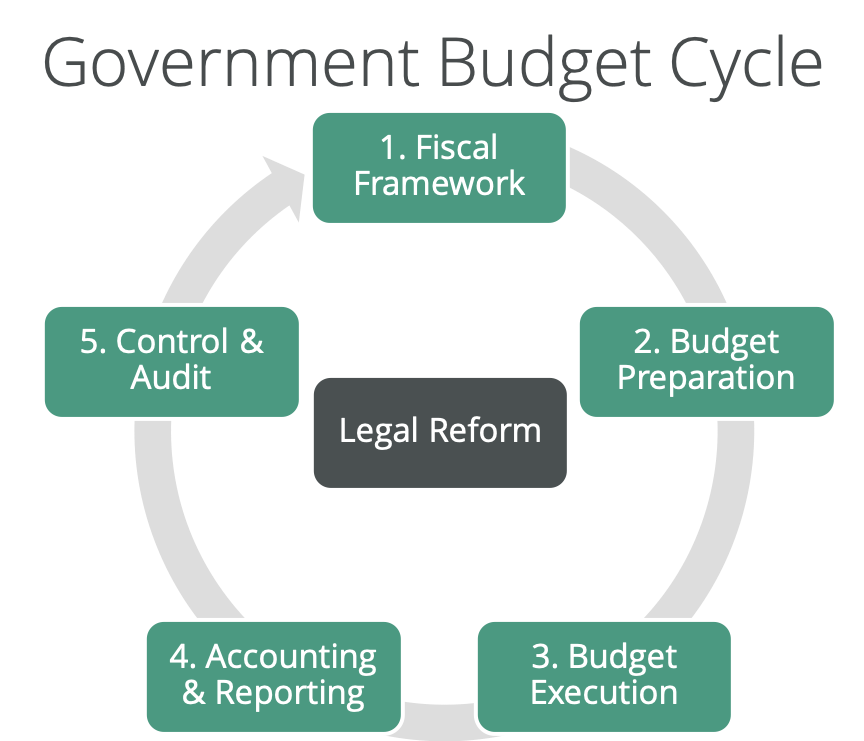 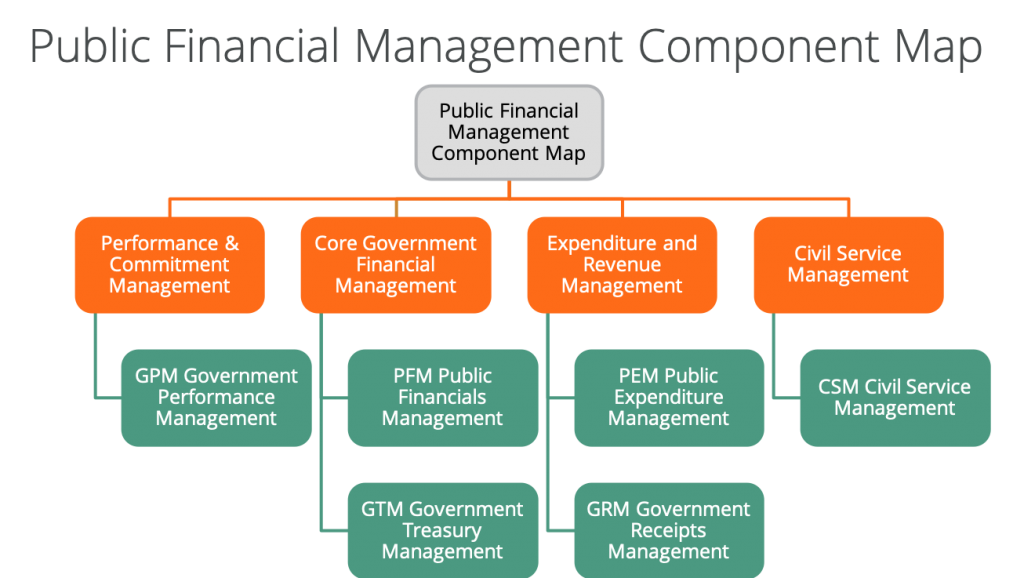 How do we view reform sustainability?

Governments are often unable to maintain a needed trajectory and cadence for PFM reform. Symptoms include:

Reform sustainability hinges on aligning with the country context. Few countries with relatively low levels of development have achieved high and very high development status in the modern era. Successful and prosperous growth has only come when countries have led development by charting prosperity paths that are appropriate to the social, economic and cultural context. These countries changed from the traditional “push model” of country development to a “pull model”.

What do we mean by financial sustainability?

The implementation of financial software is often not financially affordable for governments. The portfolio of software used can have a high Total Cost of Ownership (TCO) This situation is far beyond software license and maintenance costs. The largest contributors to post-implementation costs are: code customization, technology upgrades, user support, staff training and retention.

What is the FreeBalance sustainability mission?

FreeBalance provides the most financially sustainable GRP software for PFM reform. This mission extends beyond the FreeBalance Accountability Suite™ to include 3rd party software, and advisory services.

Many governments publicly open vendor bids or transparently share the  winning bid. FMIS implementations are turnkey solutions requiring application software, middleware, implementation, training, and support services usually for a five-year period. The five-year TCO for FreeBalance GRP is roughly half that of COTS ERP. Costs experienced by governments for ERP or custom-developed solutions tend to be much higher than GRP post implementation.

What is technology-enabled PFM reform? 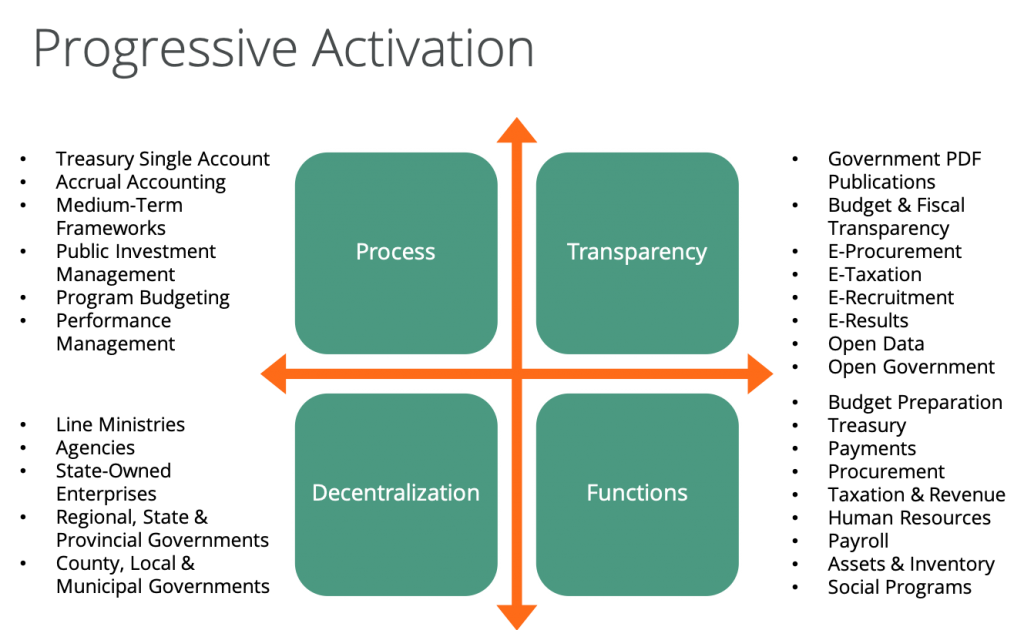 Why is an MTSF a customer-centric approach?

The ability to overcome technology limitations to reform is supported through built-in configuration and ease of product extension in the FreeBalance Accountability Suite™. However, governments have a wide range of software solutions to support budget cycles. It is our mission to leverage capabilities in all underlying systems to support progressive activation. We do not seek to “rip and replace” software. Rather, we leverage our technology expertise as an Independent Software Vendor (ISV) and our PFM technical expertise from 37 years of exclusive work with governments to find solutions for reform.

We call our customer-centric approach “customers for life”. Governments benefit from FreeBalance PFM and technology advice beyond the scope of the software we provide.

Why is a Solutions Architecture a critical MTSF deliverable?

FreeBalance MTSFs use a government-centric approach. We do not start with a portfolio of products and services to map to government requirements. We start with the government context through analysis, workshops, and the development of solutions architectures.

Who can acquire this FreeBalance MTSF service?

The MTSF is offered to any government finance or planning ministry. As a minimum, an MTSF consists of:

FreeBalance can act as the advisor to ministries for reform project management involving internal government and external consultants. FreeBalance can also provide a prime contracting role.

What tools does FreeBalance leverage for MTSFs?